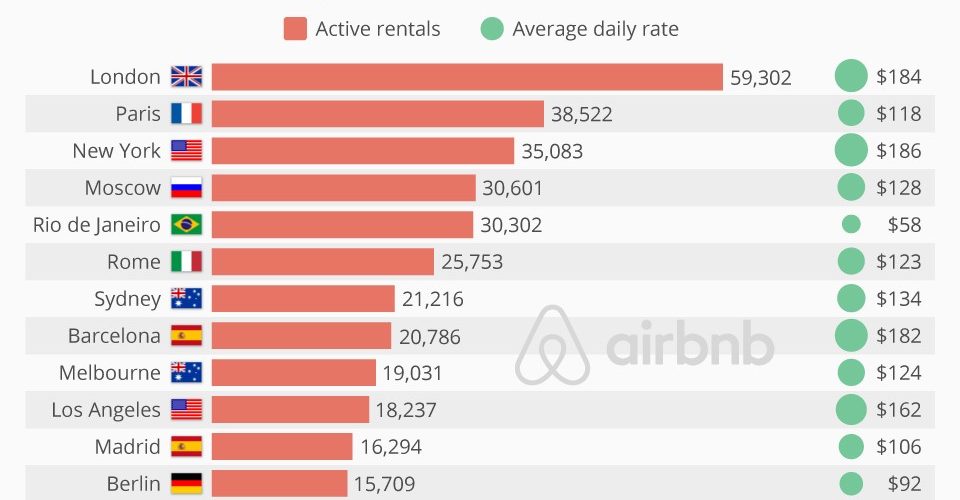 Mayor of London, Sadiq Khan, has been urged to ban short term letting adverts on public transport. There is now a petition against these advertisements, attracting over 600 signatures to take down the advertisements.

The rise of Airbnb and other short term rental companies has been blamed by the RLA for rising rental prices and lack of long term accommodation available for Londoners. David Smith, Policy director from the RLA has commented on the issue, saying that the increase of short term lettings is damaging to communities.

Meanwhile, some private landlords have fought against the proposed ban, arguing that with more restrictions being placed on the private rented sector, running holidays lets may be the only way for many landlords to not go under.

The current laws, under the 2015 Deregulation Act, permit homes to be let on a short-term basis for a maximum of 90 nights per calendar year. In spite of the 90 day cap the number of London listings is on the increase – Airbnb now has around 53,000 rentals in the capital.

Tom Copley AM, Labour’s London Assembly housing spokesperson has called for short term letting management companies to enforce the 90 day limit, and has said that only those which have done so should be allowed to advertise on tubes.

In response, Renaud Barnoin, manager of the home-sharing management firm in question has said, “We are committed to complying with all rules and regulations in the markets we operate in and the London 90-day rule is no different. We provide furnished and managed housing for short, mid and long-term rental needs, and our flexible lettings solution is designed for hosts to make the most of short lets and switch to medium and long lets when the 90-day limit is reached, opening housing stock to local demand.”

He added: “In a cosmopolitan city like London, there is always going to be a need for a range of housing and rental solutions. We were pleased to be one of the inaugural members of the APPG for Short Lets and are committed to continuing a dialogue with all parties to ensure the needs of a diverse housing and rental market are addressed.”