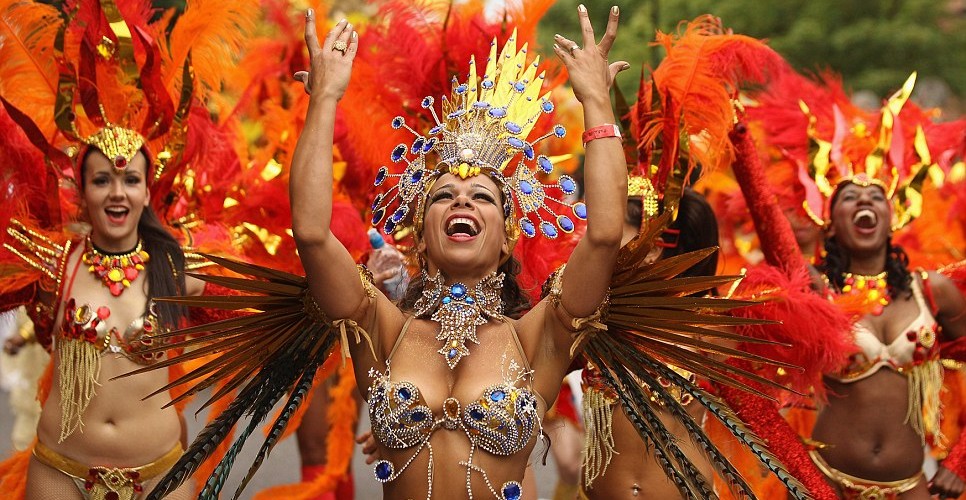 Last weekend marked the 50th anniversary of the Notting Hill Carnival, with around a million people thought to have descended on the city for the world’s second largest carnival.

With the carnival growing and growing in popularity, it is no wonder that property prices in the area have also seen great growth since the carnival began in 1964. What was once quite a modest area is no longer affordable to the average bookseller, the character of Hugh Grant in the film Notting Hill, which again put the area in the spotlight.

Back when the carnival started, a three-bedroom terraced house off the Portobello Road could have been bought for a tidy £10,000. But these prices are a thing of the past, and that very same house today would be sold for close to £3,000,000.

As well as the popularity of Notting Hill for its reputation as a vibrant, fashionable area of London, situated in the well-to-do district of Kensington & Chelsea, Notting Hill was strongly affected by the London housing boom we’ve experienced over the past year.

Amongst the London boroughs of Kensington & Chelsea and Westminster, it was Notting Hill that saw the strongest price growth, with an increase of 14.6%. This is compared to Kensington, which only experienced a price growth of 3.3% in the year to July.

Rental prices in the area are not cheap either, and landlords could look to make an average of £1,250 per week in rental income on a three-bedroom property in Notting Hill. Meaning there is a lot of money to be made in terms of rental income and property values, in what is unquestionably, one of the capitals most attractive and cultural locations.

If you are a property manager, property owner, landlord or letting agent, your business will save time and money by using Arthur Property Management Software to manage your tenancies. Why not try out the free Arthur Demo today to see how!

How to reduce costs of managing a rental property