Interest rate rises and their effect on buy-to-let returns 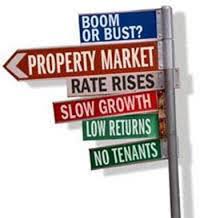 Is the buy-to-let market overheating? One distinctly dark cloud on the horizon is the threat of an interest rate rise.

An interest rate rise will effect the return investors get as borrowing costs start to creep up. Predictions for interest rises have been coming thick and fast. This year? next year?.The point is they will start to rise. So how will this effect the market? At the point of writing this blog the bank`s monetary committee has once again kept rates at 0.5% there are hints of an interest rate rise at some point.

Calculations by Your Money show how some – especially recent – buy-to-let investors could see their cash flow turn negative as early as 2017 if the interest rate rise was just to the levels hinted at by the Bank of England Governor, Mark Carney. In other words, landlords’ rental income would fall short of their mortgage costs, triggering a monthly loss.

Rents are likely to rise to some extent over a two-year period, but no one expects them to be able to keep pace with mortgage rate rises if Bank Rate merely doubles or trebles to 1pc or 1.5pc – let alone leaps to 3pc in the scenario outlined above.

David Whittaker of Mortgages for Business, a specialist landlord mortgage broker, said a “rent ceiling” had been reached in many parts of the country. Increased house building will keep the ceiling in place – or bring it down. Mr Whittaker said: “Rents will not rise at the same speed as Bank Rate.” The result would be that “landlords in some regions would be vulnerable to cash flow troubles”. This is borne out by other data that shows how yields – worked out by setting rental income against a property’s price, and not factoring in any mortgage costs – have fallen or remained static over the past year in every one of the 10 regions shown in the graphic. In four – London, the East of England, Wales and the South East – the average yield is now below 5pc. In the South West the yield is 3.7pc.

This maybe a time to stop and think !!

What 2021 could hold for the student lettings market

Property Market Growth Rates in UK Set to Accelerate by 2020