Monopoly Property Prices – What would the board look like in 2015? 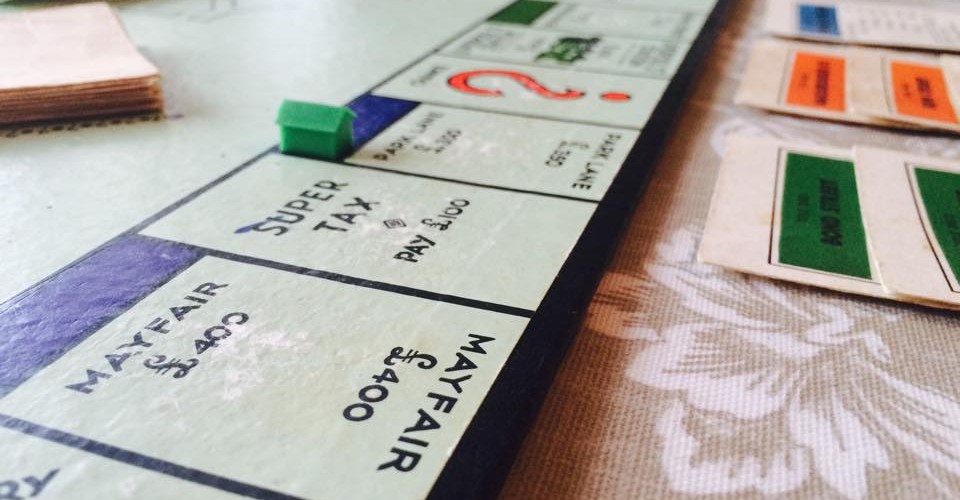 A question often pondered whilst playing the UK’s most beloved board-game. Just how do Monopoly property prices compare to current London prices?

Monopoly was first released in 1936 with prices ranging from £60 to £400 (a price now only found in Londoners’ dreams) but how do they compare to London now and where have prices improved the most? Marlborough Street has the largest increase with the average house price currently at a staggering £2,341,103. While this comparison may seem pointless considering the prices were set nearly a century ago, not to mention simplified for ages 8+, Monopoly have released an updated version with credit cards updated the property prices.

‘Monopoly Revolution’ is the latest edition and prices have been increased. For this version, all the prices have been multiplied by 100,000 so Mayfair now costs £4,000,000 (that is, unfortunately, more like it…). So let’s see how these updated prices match up against the current average property price in each area. A simple multiplication has revealed that the top end properties have not held their value against this new model. Euston Road is almost exactly right yet the average property on Fleet Street is currently 65% below Monopoly expectation. However, at the current rate of London price increase, it won’t be too long until we once again look back at Monopoly property prices with a mixture of nostalgia and despair.

New Housing Market Figures are out

Why is tenant retention so important?