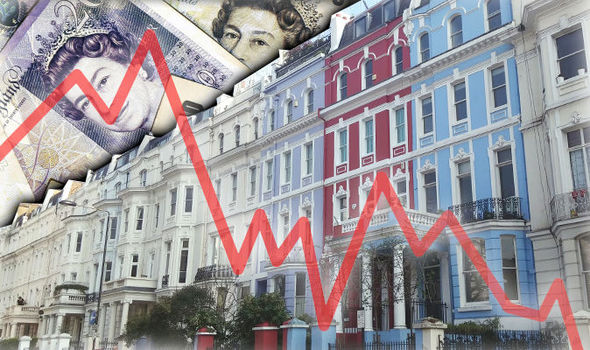 According to data from the Royal Institution of Chartered Surveyors (RICS), house prices saw the biggest dip since April 2012. Areas that are particularly affected are the upper and middle-priced tires of the property market in London and the South East.

On average, 65% of surveyors saw prices fall over the month rather than rise, the weakest reading since February 2009. This could potentially be the result of many factors such as mortgage affordability and the cost of stamp duty land tax in the middle tier. Furthermore, 20% of Surveyors expect house prices to keep dropping over the next year in London.

The RICS report suggests that 75% of homes in the £500,000 to £1 million bracket are sold for less than the original asking price. In summary, the middle and upper levels of the property market aren’t meeting their initial asking price, both in the prime multimillion price bracket and the £500,000 to £1 million category. The latter represents the average price band of a family home in many areas of the South East and London.

Surveyors suggest that the overall buyers’ activity has remained static across the UK, but on the silver lining they have highlighted spikes in buyer activity over April in some areas such as Wales, Yorks and Humberside, Scotland and Northern Ireland.

Recent lending data has shown an increase in the number of first time buyers getting on the property ladder as both house prices and mortgage rates remain low. The UK property market is volatile in nature, there is a cooling but prices are only slowing down. Landlords owning properties in the capital should hold onto their investments for the time being and wait for them to increase in price whilst still getting revenue from rent.

Subscribe to our newsletter to get the latest offers and tips!

Thank you for Signing Up