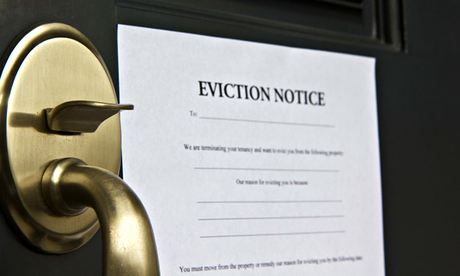 A rise in evictions in the UK private rental sector highlights the problems that the sector is currently facing.

The high levels of evictions during 2015 and early 2016 is not a great start for the UK property industry. The latest figures from the Ministry of Justice show that total evictions during 2015 reached a record high of 42,778, with the number of accelerated possession cases reaching 37,663 – an increase of 4.5% on 2014.

Accelerated possession procedure is a court order to evict tenants without the need for a court hearing. It can only be served if a landlord has served a valid Section 21 notice. Although the name of this process makes it sound like this greatly speeds up the process, there is still a lot of time needed for the necessary paperwork. Often, an accelerated possession procedure can still take many weeks or months to return possession to the landlord. Nonetheless, the government figures show that the proportion of claims made using this process has risen from 7% in 1999 to 25% in 2015. One property specialist stated that this was because “a Section 21 allows landlords to re-let the property, which is often more financially viable than chasing arrears.”

Paul Shamplina, the founder of the specialist landlord possession services firm, Landlord Action, suggested that the government policies were largely to blame for the higher rates of evictions. He stated that “rising rents and welfare cuts are undoubtedly to blame for the growing number of evictions. Many tenants simply cannot keep pace and are falling into arrears.”

“Rising rents and welfare cuts are undoubtedly to blame for the higher rates of evictions.”

Arthur believes that there are multiple reasons why evictions are occurring at a greater rate. Firstly, the campaign on buy-to-let properties by the government has meant that rental rate rises are becoming necessary for landlords to continue to receive the same amount of net income as they previously earned. Secondly, the welfare cuts by the government means that many tenants are struggling to pay their landlords, particularly in lower-income properties. Thirdly, due to the housing crisis, more people are renting throughout the UK, which means that eviction rates are bound to go up as a result.

As a result, we at Arthur suggest that the best way to avoid the issue of eviction in the private rental sector is by improving communication between tenants and landlords, which is what the app provides. By being able to better communicate and understand each others’ issues, the problem of arrears and evictions have been shown to fall.  Communication is key to solving problems.

Don’t forget to follow Arthur on social media for the latest updates on the property and private rental sector!

Government plans £866 million investment for the development of 200,000 new homes