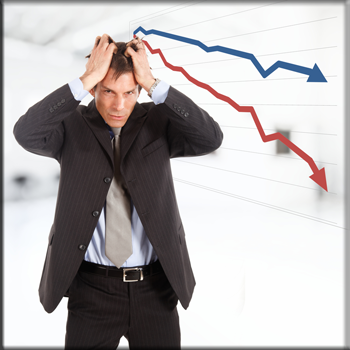 Property investors are increasingly pessimistic towards the UK property market.

The media is increasingly discussing whether to Buy-to-Let market could be a bubble that is going to soon burst. Buy-to-Let loan rates for property investors have grown by an average of 6% per year since 2008, accelerating to 11.5% in 2015. In addition, where 8.5% of mortgages went to landlords in 2007, now almost 15% go to Buy-to-Let purchases. Banks have more than £215 billion of BTL loans in 2016, up from £146 billion in 2009. BTL is currently the main component for growth in the mortgage market and banks are expanding their specialist lending sectors for this reason. Many lenders have planned to increase their gross BTL spending by an average of almost 20% over the next two years.

When banks are seeking to provide easy credit, it can be a warning sign. Similar occurrences took place within the sub-prime market before the 2007/8 crash in the USA and could be now be happening in the UK BTL market . Some expert analysts have become worried that the underwriting standards have been slipping, especially in regard to the future tax changes and possibility of increase rate changes, which some banks have not yet factored into their calculations. Bank of England studies have found that landlords are disproportionately sensitive to interest rate rises, since the increased payments could cause their rent cover below 125% of interest payments.

The Bank of England has recently urged lenders to increase their regulation and their processes before lending. Deputy Governor of the Bank of England, Sir Jon Cunliffe, has suggested that there could be a bubble growing. Indeed, Lloyds Banking Group and Barclays, for example, have both cut back their mortgage growth plans for the forthcoming year.

However, bank analysts on the lookout for bubbles to not seem so worried. They state that the lenders are not taking excess risks, and have treated Paragon as the benchmark, which as a particularly good record in this sector.

Don’t forget to follow Arthur on social media for all the latest updates for property investors!