At Arthur Online, we have always worked on the basis of functionality first. But now, Arthur is growing up and is starting to care more about its looks.

Property management is a demanding business. Therefore, we took the approach that property managers would much rather be able to do something, than not do it but look at something slightly nicer. This meant that for a while the system was not necessarily as intuitive as it could have been. However, property managers around the world are now shouting from the rooftops as Arthur Online now has a sexy new look!

Can you spot the difference?

As you can see, the navigation bar has moved from the top to the left-hand side of the screen! This design is more intuitive for users and allows for the addition of dropdowns at a later stage. Furthermore, the bar is collapsible, meaning users can gain additional space if needed.

Arthur now fills the property managers entire screen, rather than a small central part of it. This is allowing us, Arthur, to develop even more functionality due to the huge amount of extra space we have now created!

The other large move which property managers will notice is that the menu which once appeared on the left-hand side of pages has gone. It now appears on the right-hand side of your screen. 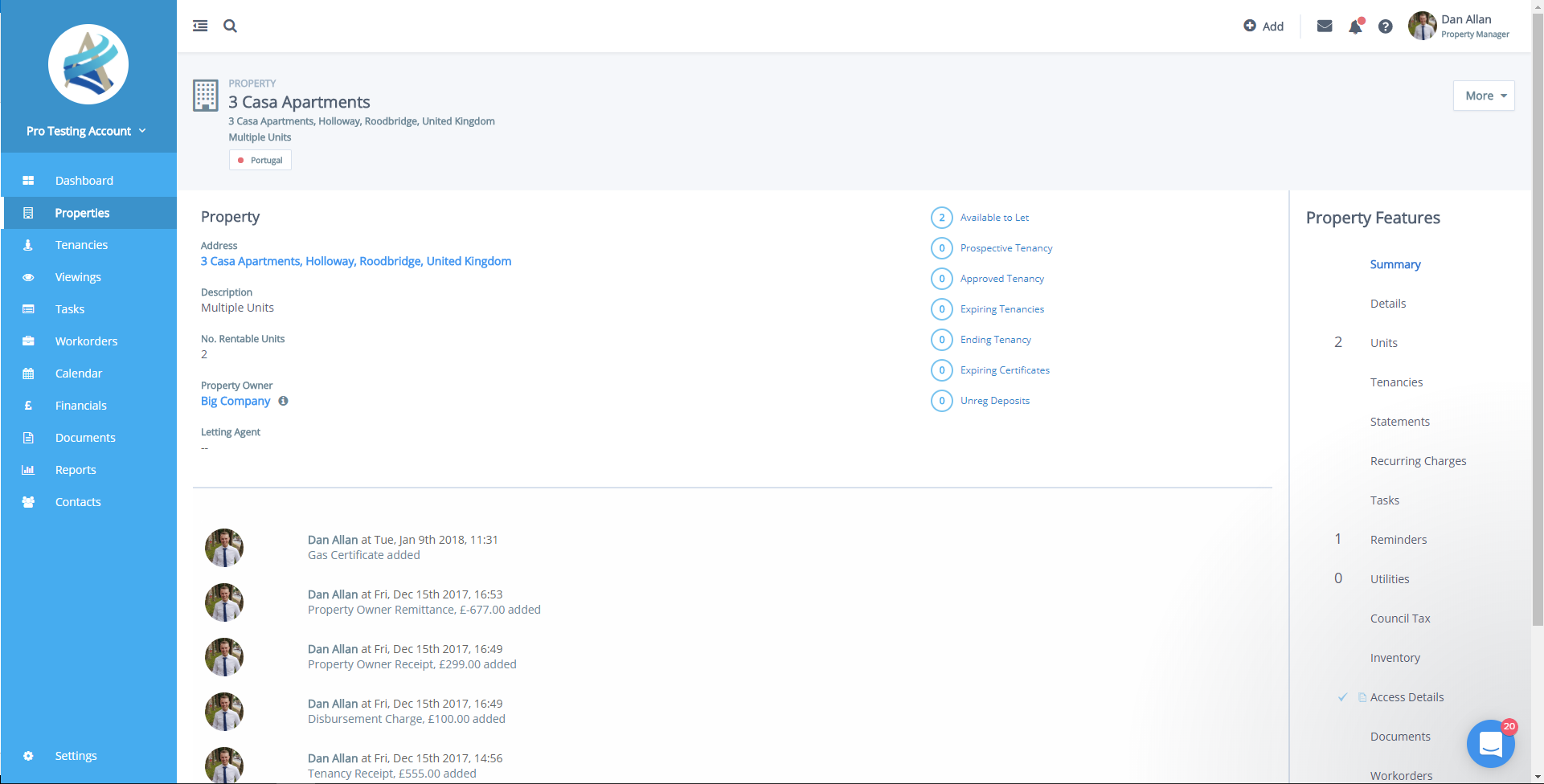 These large changes in the layout of the screens were the toughest challenge we faced in our redesign of the user interface. Moving forwards, the change will now be more about how different sections of Arthur look, with the functions staying mostly in the same place.

The redesign of Arthur Online was not a decision taken lightly. We understand that there may be some people that preferred the old interface. However, the new user interface is allowing us to create an even better property management software. Over the coming months, we will be slowly integrating the new designs and layouts into the live software.