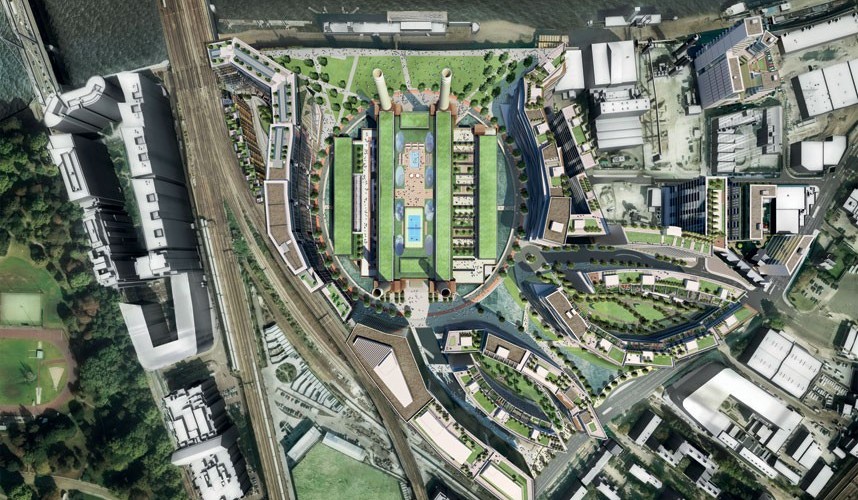 The growing number of residential developments in London is a clear sign of the positive construction growth in the capital.

The annual target of new residential builds in London is 42,000. This is in response to the growing population and years of under supply.

In 2013, London builders registered 26,230 new houses and flats, and whilst this is still under target, Mayor of London, Boris Johnson said it was “hugely encouraging… we are beginning to turn the tide”

One of the largest current residential developments is currently underway at London’s Battersea Power Station. The Power Station was built in the 1930s, but production stopped in 1983, and the London landmark has stood empty ever since.

Malaysian property developers bought the site in 2012 in a deal worth £400 million, with plans to transform it into a luxury accommodation and leisure development.

Within the iconic Power Station itself, developers converted the building into 254 new flats. Of the 254 new homes, few are still available on the market, highlighting the popularity of the development.

Grant Brooker, Design Director and Senior Partner at Foster Partners said the development would “transform the area and create a vibrant new district for South London that we can all be proud of”.

The brand new Power Station will also feature 200 restaurants and shops, a cinema and performance venue, a six-acre riverside park and a new Underground tube station connecting to the Northern Line.

The growing construction opportunities in the Capital mean it’s more important than ever for contractors to have easy access to work. Arthur opens contractors up to a database of jobs that they can accept instantly on their phone when they’re out and about.

What the abolition of Section 21 will mean for landlords

The Importance of a Summer Periodic Inspection