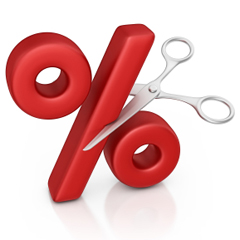 In the aftermath of the recent stamp duty surcharge, lenders have cut their buy-to-let mortgage rates in a bid to keep the property market alive.

Only the other week, property investors were rushing to finalise property purchases before the stamp duty 3% surcharge came into action from April 1st. In addition, the Bank of England gave calls for stricter affordability and income checks on those seeking to receive a buy-to-let mortgage from lenders. When combined with next year’s reduction of ‘wear and tear’ tax relief, the government had predicted a multi-billion reduction in the Buy-to-Let market. So far this month, however, there appears to have been little change.

The rate of borrowing provided by buy-to-let mortgage lenders has fallen every consecutive year since 2011. Between April 2011 and 2016, the interest rate has fallen roughly 2% for all fixed rate plans. Regardless of the campaign on the buy-t0-let market by the government, the private sector continues to see the rental market as a potentially lucrative sector. House prices are still rising at rates far higher than current household income growth, meaning that more and more people are having to look to rent rather as the only feasible option. This is in contrast to previous British tradition, where people had always held a preference for owning their property.

“Over the last few months, certainly before the stamp duty change came in, there was a definitely the consideration that there’s a bit of an opportunity to be had, so that increased competition will have pushed lenders to cut rates.”

It appears that the market still proves very attractive to both lenders and borrowers. The drop in lending rates may continue, as lenders seek to account for the increased stamp duty charge that affects borrowers by reducing their own profits in order to maintain business volume. However, as the pressures on the rental market continue, it is important that both lenders and borrowers understand the long-term costs involved to avoid any shocks or pressures.

Don’t forget to follow Arthur on social media for all the latest updates on the property  and buy-to-let mortgage sectors.

Property market trends to look out for in 2022