Rishi Sunak, Chancellor of the Exchequer, has announced the extension of the stamp duty holiday in today’s Budget, with the holiday now lasting until June 30th in line with the easing of lockdown, in an attempt to boost Britain’s property market.

The move comes after the Chancellor had been under increasing pressure to extend the deadline amid concerns raised by property professionals and economists, who argued that many people wouldn’t be able to complete their transactions in time, jeopardising hundreds of thousands of property sales.

The rules, established in July 2020, state that the stamp duty threshold has been raised from £125,000 to £500,000 for properties in England and Northern Ireland, with the threshold increased to £250,000 for properties in Scotland and Wales. The holiday allows people to save up to £15,000, and had left prospective buyers desperately scrambling to complete their purchases before the previously established March 31st deadline.

There will also be no stamp duty charged on the first £250,000 of a property purchase until the end of September, saving homebuyers up to £5,000 compared to normal tax rates. After September, the standard nil rate band will revert to £125,000.

A recent report by the Centre for Policy Studies (CPS) think tank revealed the tax break had increased house sales to their highest level since before the financial crisis of 2007.

The research in the CPS report shows that stamp duty revenues rose by 27% in the third quarter compared to the second quarter, from £1.1billion to £1.35billion, and anticipates another rise in the fourth quarter given the continued increase in transactions. 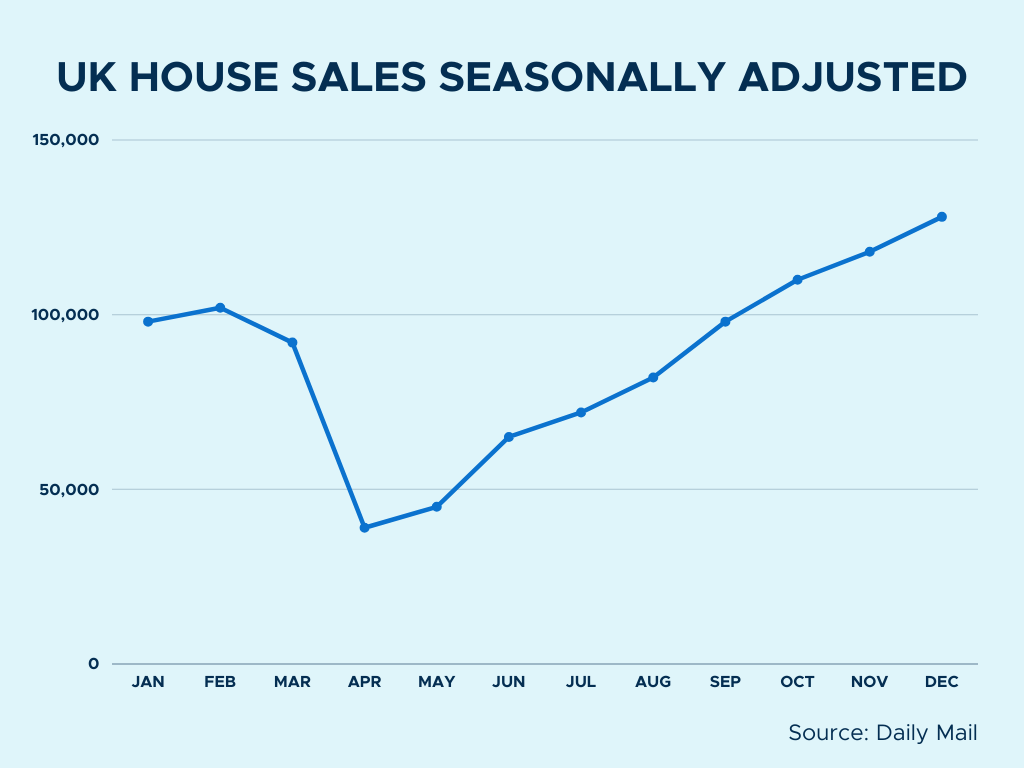 Rishi Sunak has now announced the extension in today’s Budget, with the deadline moving from March 31st to the end of June, to bolster the property market as Britain recovers from the economic impact of the lockdown.

Extending the policy is expected to cost the Treasury around £1billion, and would cost £3billion should the threshold for primary residences be permanently increased to £500,000. The CPS have suggested that the latter would be a wise move, or that perhaps stamp duty should be abolished altogether. However, the move appears to be worth the significant expense, with Jethro Elsden, CPS data analyst and the report’s author, saying that ending the stamp duty holiday would be a ‘sledgehammer blow to the housing market’.

Rightmove have estimated an additional 300,000 property transactions in England could benefit from the tax saving, meaning buyers could save £1.75billion in total, based on previous HMRC data. Based on the current sales that have already been agreed, 80 per cent would pay no stamp duty because of the holiday. Had the Chancellor not extended the deadline, Rightmove estimated that 100,000 buyers who agreed on a purchase last year would fail to see the benefits of the current stamp duty holiday.

This article is intended as a guide only. For further information, please refer to the government’s website.

A guide to managing student tenants