Green Belt to be Loosened as Urban Belly Expands 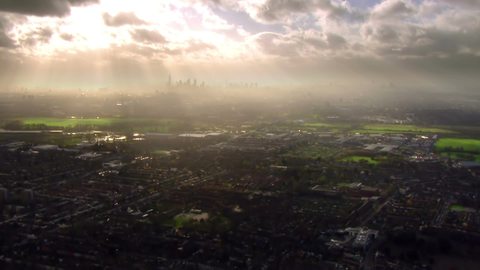 The proposal seeks to change the strict rules which have been applied to London since the 1930s. Typically, the strict rules have prevented development in areas outside of London in order to prevent urban sprawl and the destruction of green zones around the capital.

If changes are accepted to the existing rules, then councils will be given the power to allocate development to their green belt zones. In particular, the government have specifically marked the housing to be “starter homes”, which are designed for young families who are currently struggling to find affordable housing amidst the housing crisis across the UK and, in particular, the capital.

Starter homes are classed as newly built homes for buyers under the age of 40 which are sold at a 20% discount from their original market rates. They can be worth no more than £250,000 outside of London and £450,000 in the capital, making them within the affordable bracket for a large amount of the population.

The devolution that the consultation proposes will make it far more attractive to local councils. It will make the councils more accountable to their community if they allow too much building work to occur. As a Department for Communities and Local Government spokesman said, the proposals are all “designed by the local community and approved by local people in a referendum”. Already, councils  are getting busy, as illustrated by St.Albans recent proposal for 4,000 new homes in their green belt district. As the above image shows, the green belt exists across the UK, although its largest unified body is around London and the South East. More importantly, perhaps, the land around London and the South East is undoubtedly the most lucratively priced land across the UK. Relaxations to regulations on green belt land could provide developers with significant opportunities for future profits.

Some experts believe that, if the changes go through, the reforms could make a huge impact on the housing crisis. Paul Miner, the Campaign to Protect Rural England planning campaign manager, stated that the reforms to the green belt amounted to “the biggest change in terms of housing, since probably the 1980s”.

Whilst Paul Miner almost certainly sees the proposed changes in a negative context, many will view the changes within a positive framework. Indeed, the ability to build on green belt land will enable some of the 400,000 new homes announced by George Osborne to be built in regions which have typically been off-limit to developers.

It will be interesting to see what happens to these plans. They have not yet been ratified and as such cannot be acted on yet. Moreover, the local councils may become divided when they realise they do not want development in their own “back-yard” even though they support the motion. This legislation could be very useful in easing the housing crisis, but it may also be divide local authorities and the central government.

Part I – Serving notice for possession on a tenant