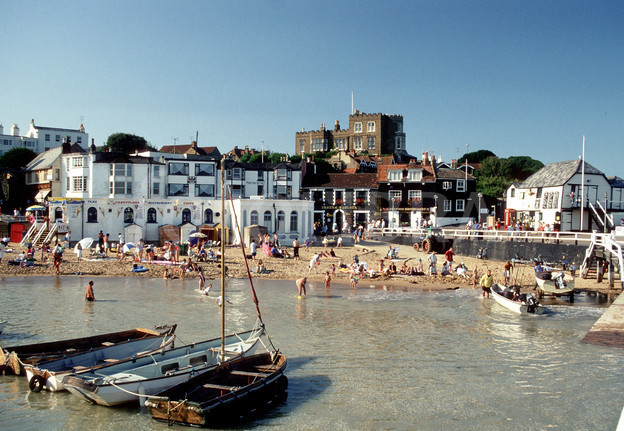 Arthur takes a look at the soaring prices of seaside properties as demand continues to grow.  There has been a reported 25% increase in this particular market segment in the last decade, equivalent to £382 per month.  So is this your time to invest?

Has our heatwave inspired you to take a breath of sea air or to make the dream real and  take the plunge into buying a seaside property? Towns on the south coast have hit record prices, famously in Sandbanks with properties selling for £2.6 million and where the average house costs £664,051.

Lifestyle benefits, with fast train links and easy commutes to London continue to fuel house prices there.  Martin Ellis, Housing Economist at Halifax said “Over the past decade, house prices in the south east – especially coastal towns with commutable distance to London, have shown strong growth and have become Britain’s most expensive seaside towns.”

Broadstairs in Kent has been named this year’s top seaside town property hotspot –  the most loved holiday home of Charles Dickens, and where he wrote David Copperfield.  A survey carried out by Zoopla has shown property values in Broadstairs have increased by 10.45% to an average value of £313,813 within the last year!

On the other hand, if you are looking for a bargain and don’t mind the less reliable weather, head up to Scotland where in Salcoats for example, the average house price is £100,761.   Scottish seaside towns have also seen large percentage growth, for example in Fraserburgh, Aberdeenshire where prices doubled to more than £136,000 in 2016.

Don’t forget to follow us on social media for all the latest property news!