Priorities for The New UK Government in Property 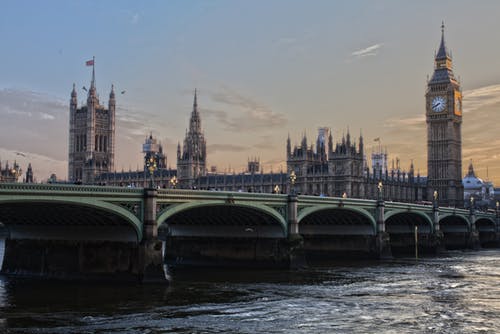 On the 24th of July 2019, Boris Johnson was installed as the new Prime Minister for the UK. As soon as he was confirmed as the PM, he immediately started making changes, including changing the housing and the business secretaries, two posts that most interest the property industry.

Johnson comes to office at a critical time in the housing property industry; the lettings fee ban is now in place, the previous government was moving forward on scrapping Section 21, and the spectre of more constraints being put on landlords continues to hang over the heads of landlords.

Before Boris Johnson became PM, he had floated a few policy ideas on property, including on stamp duty, but not much else is clear at this stage. We have picked out the key issues that the new Prime Minister’s administration should focus on:

In April 2019, the May government proposed to scrap Section 21, without setting forth a clear idea of what would replace it (if anything). Section 8 is known to be a difficult legal avenue to take, involving long court battles if the tenant chooses to contest the eviction order, potentially leaving landlords exposed to heavy losses.  The proposal is very radical in nature, and not surprisingly hasn’t gained much popularity amongst landlords, who have argued that they may be forced to sell up and leave the industry. Many landlords have also pointed out that as a result, tenants will also suffer, as landlords will have to be pickier when it comes to tenants, therefore reducing chances for some applicants to secure a property.

Before May stepped down, the government began to make some steps towards taking landlords’ interest into consideration. It was proposed that landlords will be able to regain possession if they want to sell their property and Section 8 will be made easier, and there was talk of making it so that some cases wouldn’t require a court hearing, but details were never published.

Our position continues to be that the government shouldn’t scrap Section 21, it is working fine as it is, it already has strict criteria that serve to protect vulnerable tenants, and rather than helping tackle rogue landlords, it will push good landlords (the vast majority of landlords in the UK) to consider selling up. If the government under Johnson insists on getting rid of Section 21, it must reform Section 8 or come up with some new regulation that retains key protections of Section 21.

Landlords should be encouraged to build their portfolios rather than feel that the government is working against them, because if they sell up, supply will suffer even more in a market where demand far outstrips supply.   The beginning of the “new golden age” as promised by the new PM, shouldn’t start with such radical changes without trying to reach consensus. 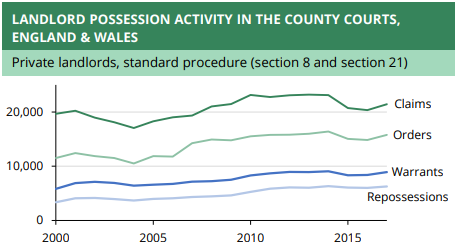 One of Boris Johnson’s proposals as a new Prime Minister is to scrap stamp duty for homes below £500,000. There have also been suggestions that Johnson wants to shift the tax from buyers to seller of the property, but this would only affect residential properties.

This would have a positive effect on the landlords in the UK, helping them save some costs associated with buying property, and could stimulate those with portfolios with big plans to expand.  However, only landlords owning residential property will benefit from these changes. The stamp duty measure should be praised, as it is a genuine business-friendly move that will help stimulate the property market and is an incentive for property companies and private landlords with large portfolios to expand.

Regulations for agents and landlords

A government report authored under May’s government has called for minimum standards, and a single code of practice for the licensing of new agents. The aim of such changes is to achieve honesty and integrity among agents and make sure they fulfil their legal obligations, such as belonging to a redress scheme. Everything will be overseen by the regulator, giving them power to decide whether an agent can get a license.

However, agents are still reeling from the tenants’ fees ban, it has caused significant concern in the industry, since tenant fees were making up around a fifth of agents’ income. Adding new regulations, which would require added costs for agents to register to yet another verification scheme won’t help the situation. Registration/licensing process of agents should not be made more difficult by adding new obligations, which are very time consuming and achieve little.

Likewise, proposals for a national register of landlords is equally problematic, it involves a lot of work and will likely be ineffective.  The new recommendations will just increase costs and add to the red tape that upstanding landlords have to navigate through, while fraudulent landlords will ignore the rules by operating below the radar. Selective licensing schemes don’t guarantee you a good property, as inspections aren’t included into the process of licensing.

Brexit hangs over the UK economy, and the housing market is closely linked to the economy’s performance. Housing prices in the UK continue to be mixed, with some areas experiencing strong growth, like Manchester and the Midlands, and other areas like London facing stagnant growth. While prices continue to rise overall, they are growing at a slow pace since the referendum in 2016. In 2016 the house prices went up by 8.17% and in 2018 only by 3.03%, showing a significant slowdown during the years, and with the uncertainty brings, so with landlords and property investors are uncertain of what to expect, many may choose not to make significant investments in properties as they don’t know whether their investment will bring the returns they hope. Certainly, with the spectre of no-deal Brexit now more likely under the Johnson government, the dangers of the economy falling into recession are greater, and the Bank of England warned that the housing market could lose 30% of it’s value. The government must listen to businesses, including landlords and lettings agents when thinking about Brexit and the consequences it will bring.

With the new Prime Minister in, there are reasons to feel optimistic and anxious, there have been several policies put into motion by the previous government that can now be reconsidered by the new administration. This new government has come forth with some interesting proposals, which if enacted could really benefit landlords, however, it also has its own set of ideas that are just as problematic for the property industry as the previous government’s policies.

Frankly, it is not surprising that people will feel uncertain about the future. The introduction of new legislation, regulations and standards in the housing market is not making it easier to adapt, and some legislation could have the opposite effect that it intended to have. In uncertain times, the government has to make sure to listen to its people and be less radical in their proposals and consider them properly. The aim should be to achieve balance between all parties involved, which may sound quite utopian, however it doesn’t mean it can’t act as a goal.

How the social housing landscape is changing in 2021