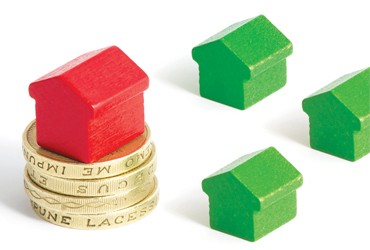 Rent to Rent is where an individual or company rents a property from  landlords where the Landlord receives a fixed guaranteed rent.

These can be attractive to landlords who want a hands-off investment Landlords agree to a guaranteed rent while the rent-to-renter looks after the property, does small maintenance jobs and finds and manages tenants.

Critics argue that any tenant who has struggled to find a decent property at a decent rent will question the ethics of the new middlemen.

The success of rent-to-rent appears to depend on cramming the most people you can into a property and charging them the maximum possible. This comes amid growing concern from some corners about spiralling rents in Britain’s major cities, overcrowding and a lack of tenancy rights.

Average rent in London has increased by 18% over the past three years, with the latest increases running at about 8% a year at a time when real wage growth is close to zero

Rent-to-rent investors often issue tenants with a licence rather than a conventional assured shorthold tenancy (AST). Under a licence agreement, which is more usual when a homeowner lets a room to a lodger, the landlord or agent can access the property whenever they want – something an AST doesn’t allow.

Things to look out for

David Smith of Anthony Gold Solicitors warns that rent-to-rent is a legal “fiasco”, and says that not only tenants but landlords can be seriously affected.

“If the landlord lets to a rent-to-renter they are creating a commercial tenancy which is subject to different laws than a residential tenancy,” he explains. “At the end of the tenancy the sub-tenants have the right to demand a new tenancy under a law designed to protect commercial tenants such as shop owners. Landlords can lose control of their property this way.”

Another issue is that renting out individual rooms could mean the property is classed by the council as a House in Multiple Occupation. HMOs need a licence and there are strict penalties for the landlord if they are caught renting out an HMO without one.

Whilst most rent-to-rent are above board some Landlords have become victims of subletting scams that can see both their properties and reputation in ruins. In an illegal rent-to-rent, middlemen pose as normal tenants and sign an AST. But instead of moving in themselves they let the rooms out individually. Sometimes they pass the agreed rent to the landlord, but in other set-ups the real landlord never gets to see his or her money. Meanwhile, the tenants are occupying properties they have no legal right to be in.

Eviction expert Paul Shamplina of Landlord action says he is seeing more and more cases of landlords falling victim to this. “The telltale signs your property is being used for rent-to-rent can be the ‘tenant’ offering six months’ rent up front, or complaints from the neighbours that loads of people are living there,” Shamplina says. “I have dealt with landlords who are horrified when they discover who is living in the property – they have no idea.”

Shamplina worked for some of the landlords tricked by asylum seeker Rose Chimuka. She was jailed for four years in March 2012 after ripping off landlords in a subletting scam that netted her £100,000.

Chimuka took leases on family homes across south London, illegally dividing them into bedsits and subletting them. Up to 15 people lived in each house. Chimuka didn’t pass on the rent to the real landlords and each time she was found out she simply disappeared and started again elsewhere.

Rent-to-rent is a topic regularly discussed on landlord community website Property Tribes. Founder of the site, Vanessa Warwick, says sublet scams produce three sets of victims – the landlord, the sub-tenants, and the wider landlord community, which ends up getting the blame.

“To some people, subletting seems like easy money for little effort, but it is fraught with pitfalls that usually end up costing the landlord, not the subletter,” she says, “I have seen a newbie fresh off a rent-to-rent course ask on a forum: ‘I’ve let a property but haven’t been able to sublet any of the rooms yet. Can anyone give me advice on how to avoid paying the landlord rent until I have let the rooms?’.”

For “real” landlords the risks involved in rent-to-rent are massive: it could invalidate landlord insurance and be in breach of buy-to-let mortgage terms. The latter could result in a mortgage being called in by the lender.

But, inevitably, tenants are the biggest victims in rent-to-rent. Living in overcrowded properties with strangers, the dream of homeownership must seem more distant than ever.

What Next For UK Property Investors?

Essential technology for the modern tradesman