Rental Feudalism: Work for a Landlord for Low Rents 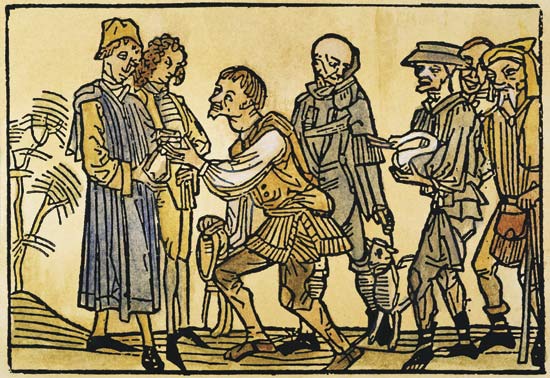 Increasingly, landlords are allowing tenants to offer their skills instead of paying a rent which would otherwise be unaffordable. This is akin to rental feudalism.

Recent news has emphasised a growing trend amongst the increasingly unaffordable rental prices of London in comparison to the average income. The rise of flat-sharing sites online has enabled people to advertise their rooms for services, notably on sites such as SpareRoom.

There are some undoubtable benefits to this. It enables people who need to live in town to afford properties which they would otherwise find impossible to afford. In particular, people in education can study and then use their spare time to work for the landlord. Examples of ‘rental work duties’ include dog walking, gardening, and taking the landlord’s kids to school.

One news outlet used an example of a 31 year old Masters student who could not afford the rent whilst studying. Instead of paying a rate of around £708 a month for a room in Highgate, she paid a mere £180 a month. This rate was offered in return for offering her services to the elderly landlord. Generally, this included some companionship and light chores – no more than 10 hours per week. Essentially, the landlord gave the tenant a ‘rental occupation’ worth £13.20 per hour (if the tenant worked 10 hours every week).

After 3 months, however, the student found she had become no more than an employee who was expected to do work every night and early morning, as well as caring for the old lady when she fell ill. Since there was no contract outlining the work commitments, both parties experienced ambiguities regarding the nature of the deal. As a result, the student left the arrangement as she felt it was unsustainable.

This is just one of many issues which this system can cause. The idea of cheaper/free rent in return for work bears a striking similarity to the feudal system of Medieval Europe. During this period of rental feudalism, peasants would be given some land on which they could grow crops to live. In return, they had to provide service or labour to the lord. This arbitrary system was highly unpopular and restricted the rights of the peasantry until its abolition throughout Europe around the 15th century. It made the workers highly dependent on the landlord – exploitation was a regular occurrence.

Now, in the 21st century, it seems to be making a comeback. Whilst there may be some monetary benefits, the downside is that tenants do not have employment rights. Without regulatory changes the work-for-rent system will inevitably lead to some cases of exploitation and abuse. Tenants could then be faced with both high rents and labour exploitation. Landlords should make sure that tenants are able to meet the arrangements and that they do not feel overworked. Tenants should also make sure that they have a suitable arrangement in writing. Otherwise, tenants may become a new generation of live-in servants.

Follow Arthur on social media to stay up-to-date with all news and commentary within the property sector!

What does the starter homes scheme have to offer?