Revenge Evictions – What happens next? 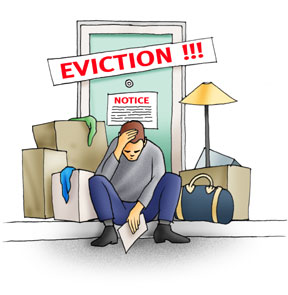 Revenge Evictions have resulted in Legislation to Clamps Down on what is regarded as unfair and destabilising to families.

With rental market in the UK is booming, and demand far surpassing supply, there was more pressure put on the market, there were increase  cases of revenge evictions being reported.

Landlords we will be exposed to increasing legislation as the rental market grows. A law, which was passed in March 2015 as part of the Deregulation Bill, will make any eviction invalid where the tenant has made a complaint about housing conditions that the landlord did not respond to adequately.

Where a landlord gives notice seeking possession through a ‘Section 21 notice’ following a complaint about the condition of their home, it will no longer be possible to evict that tenant and a court must strike out any attempt to evict under those circumstances.

Furthermore, tenants will be given revenge eviction protection over legitimate complaints about their rented property.

The housing charity group Shelter have welcomed the legislation, as they will hopefully give tenants the empowerment that they deserve.

Shelter’s chief executive Campbell Robb, argues that, “Nobody should have to raise their children in a place where their health and well-being are at risk, let alone live in fear of being thrown out simply for complaining about a problem in their home.”

The RLA  believe that ‘retaliatory eviction’ has become a rallying cry for lobbyists determined to remove S21 because it is regarded a “no-fault” clause. But in reality it is the only effective means to regain possession when absolutely necessary. Furthermore the RLA believes this legislation is not needed as consumer protection regulations already make such evictions illegal. The problem is not that there isn’t sufficient protection for tenants under the law, but that they do not know about the protections they already have and so do not speak out and complain when they need to.

With the relationship between tenant and landlord in the spotlight, it is a better time than ever to use technology to ensure everything is logged and archived and tenants feel listened to,

Arthur Online prides itself on  fostering a healthy relationship between all parties involved in the property industry by keeping everybody connected and coordinated.

Part I – Serving notice for possession on a tenant

Five things to consider when reviewing a rental application

Fraudsters are targeting landlords and homeowners