As the national housing situation continues to worsen through a mixture of lack of supply and unnecessary regulatory burdens, the case for investment in social housing has reached a pivotal crux. Austerity measures have seen government support for public sector funding fall, and since 2010, the money housing associations have received has fallen from around 50% to 20% according to policy leaders at the National Housing Federation. This has made it increasingly difficult for housing associations to get long-term funding.

The UK is suffering from an acute shortage of homes at rental prices that low income earners can afford. Despite the rising demand, there has been no significant rise in the supply of social housing for over a decade, with funding for such projects being cut. However, focusing on numbers alone is not enough. New homes have to be the right type, in the right places and at a range of prices so that no one is left unable to find a place to live. These homes need to be adaptable to meet the various needs of tenants and their families. The chronic shortage of affordable homes means that for now, social housing is trending towards a safety net role, offering broader, long-term help for people on lower incomes who can’t afford market housing, and meeting needs like homelessness. However, social housing should have a wider affordability role, catering for a range of income groups, competing with private housing in encouraging higher standards.

Social housing is of massive importance. In England, approximately 3.9 million households or 17% of the population live in what is more commonly described as ‘social housing’.  A home provided by a council, housing association or not-for-profit organisation and also commercial companies at ‘below market rent’. 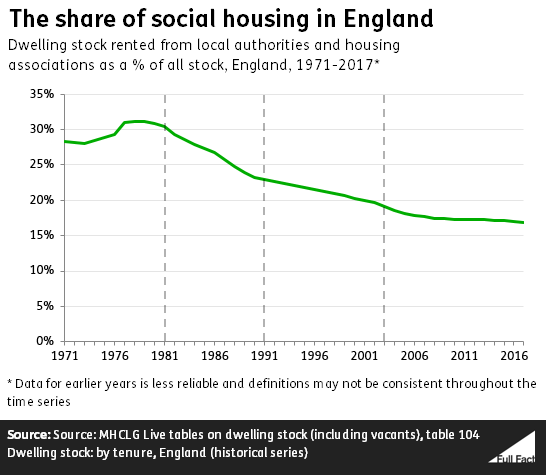 Commercial companies are often not thought of as traditional providers of social housing, but it can be a profitable enterprise.  Given the shortage of government-built social housing, private property owners are able to step in with a supply-sided solution, and can get local government deals to rent out to social housing tenants.  The longer the tenancy, the more lucrative the contract is likely to be, as local councils want consistency.  Right now, councils are focused on meeting the demand for affordable housing, and this provides property owners with short-to-medium term benefits to provide social housing.

Social housing can often be viewed as a burden on the public purse. However, could the opposite pertain to be true? Would sufficient provision of social housing feed economic growth? The economic benefits from investment in affordable housing are wide and varied. These benefits are not only felt by the individual, but also by those employed in the house industry. An increase in government spending on social housing would also boost social housing incentives for the private sector, and greater disposal income for social housing tenants would make for a more competitive market long-term.

What does a tenant’s deposit cover?