Where are the latest student housing developments? 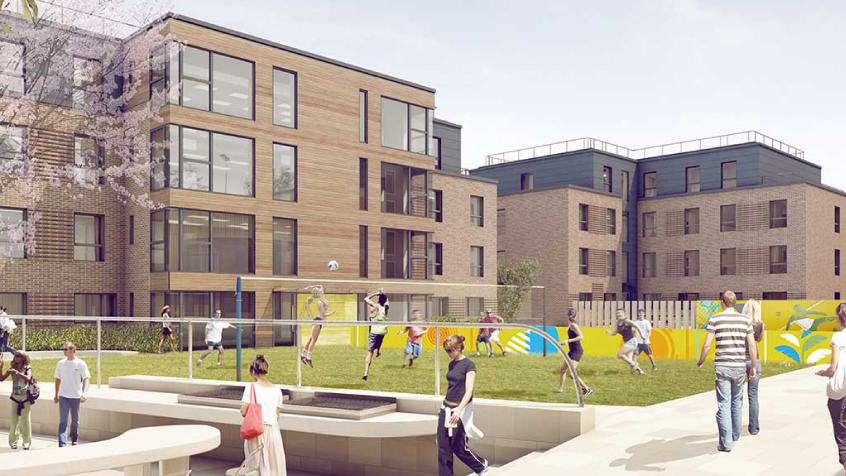 Arthur takes a look at some of the latest student housing developments under construction across the UK.

The proposal states that £40m is being invested in the project which is due for completion by September 2018, ready for the next academic year.

At the moment the town of Loughborough is facing a strain with the number of students choosing to rent houses off-campus during their second and third years of study. By building this new accommodation complex, the University anticipates a reduction in the demand for private housing off campus.

This site will also comprise of an Elite Athlete Centre and a hotel which is meant to support top sports performers. Included in the number of bedrooms there will be 70 student athlete rooms and 40 elite athlete rooms.

GCP Student Living has recently invested in a large-scale student accommodation development site in Brighton, to be completed for the 2020/21 academic year.

There is high demand for PBSA near to these universities which together have around 36,000 students, including 7,500 international students.

The site will comprise of 550 bedrooms, communal areas and will also have 1,500 sq. ft. of retail space.

The pub will be demolished to make way for a mixed-use development site. This will include a ground floor with commercial units and a 108-bed student accommodation above a six and seven storeys.

At first there were concerns over the height of the buildings and, as a result, there are going to be 20 less rooms built than there were in the original plans.

227 new student flats are being built where the former studios were in City Road, set to be completed by the end of 2019.

This eight-storey development, which was approved by councillors in January, will become luxury student accommodation for students attending either of the two universities in Newcastle.

The city’s university population has grown rapidly in the past two decades. The number of Newcastle and Northumbria students currently stands at 42,565 compared to just 25,271 in 2001.

While plans are still set to go ahead, the council has already received around 15 objections to the plans concerning an oversupply of student accommodation in Newcastle.

Cardiff University has consulted plans to build three new blocks of accommodation which will house 646 students on the former site of Brickyard Business Park in Gabalfa, Cardiff.

This is being built alongside a new six-storey maths and computer science block on campus.

While Cardiff University has seen a recent surge of developments, many of its accommodation investments have been criticized for the lack of affordable housing available for students.

There are also plans for the university to build a £300million new research campus on land in Maindy Park. This Cardiff Innovation Campus will be home to hundreds of academic researchers, students and university staff working alongside the private, public and third sectors.

As we all know, students are extremely tech friendly and such technology encourages them into communicating with you better; helping you manage all your student properties easily and effectively with minimum fuss and maximum efficiency.

Here at Arthur Online we offer that cloud based solution. We will provide you with an online platform that helps you maintain complete control over your student property portfolio. Everything is accessible in the same system, so you don’t have to retain separate records for tenancy agreements, rent payments, contractor visits etc. Your tenants can track any raised issues, through the free mobile apps we offer, while you can connect them to a suitable contractor which will hold their own free app.

Wherever your student accommodation is developed, the Arthur student property management software can help you manage all your properties in a simple cloud-based system.

Why not give it a try?

You can also request a demo from one of the members of our team and see the magic through their shared screens.

Keep an eye out for Arthur’s blogs and our social media for all announcements and the latest property news!